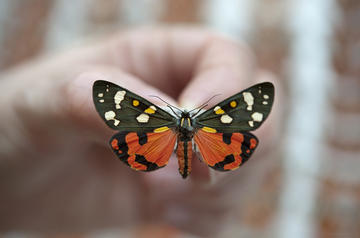 Oxford University Museum of Natural History has successfully secured £703,700 from The National Lottery Heritage Fund for its ambitious HOPE for the Future – Heritage, Outreach and Preservation of Entomology project to safeguard the museum’s nationally-significant British insect collections, create new public spaces, and embark on a major programme of community outreach and education.

Made possible by National Lottery players, HOPE for the Future will re-house and make more accessible the museum’s 1.1 million British insects, a collection which spans almost the entire history of British entomology. As public awareness of the climate and biodiversity crisis increases, such museum collections are vital in understanding the extent of species loss and ecology damage, as well as evaluating conservation efforts that are underway.

The project’s outreach and education programme will take material from these collections into schools and rural communities across Oxfordshire, reaching both young and older people who may not otherwise have the opportunity to see these collections. 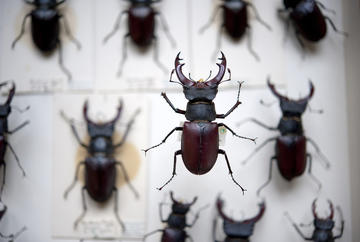 Two new public areas will also be created inside the museum. An important Pre-Raphaelite-designed space, the Westwood Room, will be restored to its original 1860 condition, featuring exquisitely painted wall borders, ceiling beams and entomological detailing, including a carved interpretation of stag beetle and hawkmoth life cycles on a stone fireplace. It will be opened to the public for the first time, as a multi-use space.

A new British insect gallery – the Ellen Hope Gallery – will be installed in the space adjoining the Westwood Room. Named after Ellen Hope, co-founder of the Hope Entomological Collections with her husband Frederick William Hope, the gallery will look at biodiversity, habitat loss, and the value of museum collections in documenting these changes and their impacts.

Thanks to the National Lottery funding the museum is able to employ a wide range of new staff, including collections assistants, apprentices, project manager, education officers, a community outreach officer, and new volunteer teams.

“This is a complex, multi-stranded and ambitious project to safeguard and make more publicly accessible a very important insect collection, and it’s an undertaking that would not be possible without the support of National Lottery players, for which we are very grateful,” says Professor Paul Smith, director of Oxford University Museum of Natural History. 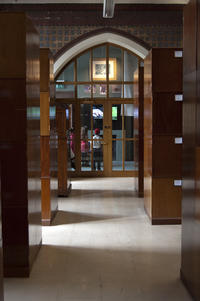 “HOPE for the Future is an apt name for this project: it will protect the British material in the Hope Entomological Collections for future generations, while at the same time demonstrate the value of such material in monitoring and reducing biodiversity loss due to human impacts.”

Stuart Hobley, Area Director London & South at The National Lottery Heritage Fund, said: “The British Insect Collection is an incredibly valuable part of our natural heritage, charting the story of 150 years of British bugs and entomology. Now, thanks to National Lottery players, the collection will be saved to continue informing vital research and inspiring new generations to love and protect some of our smallest yet most important species.”